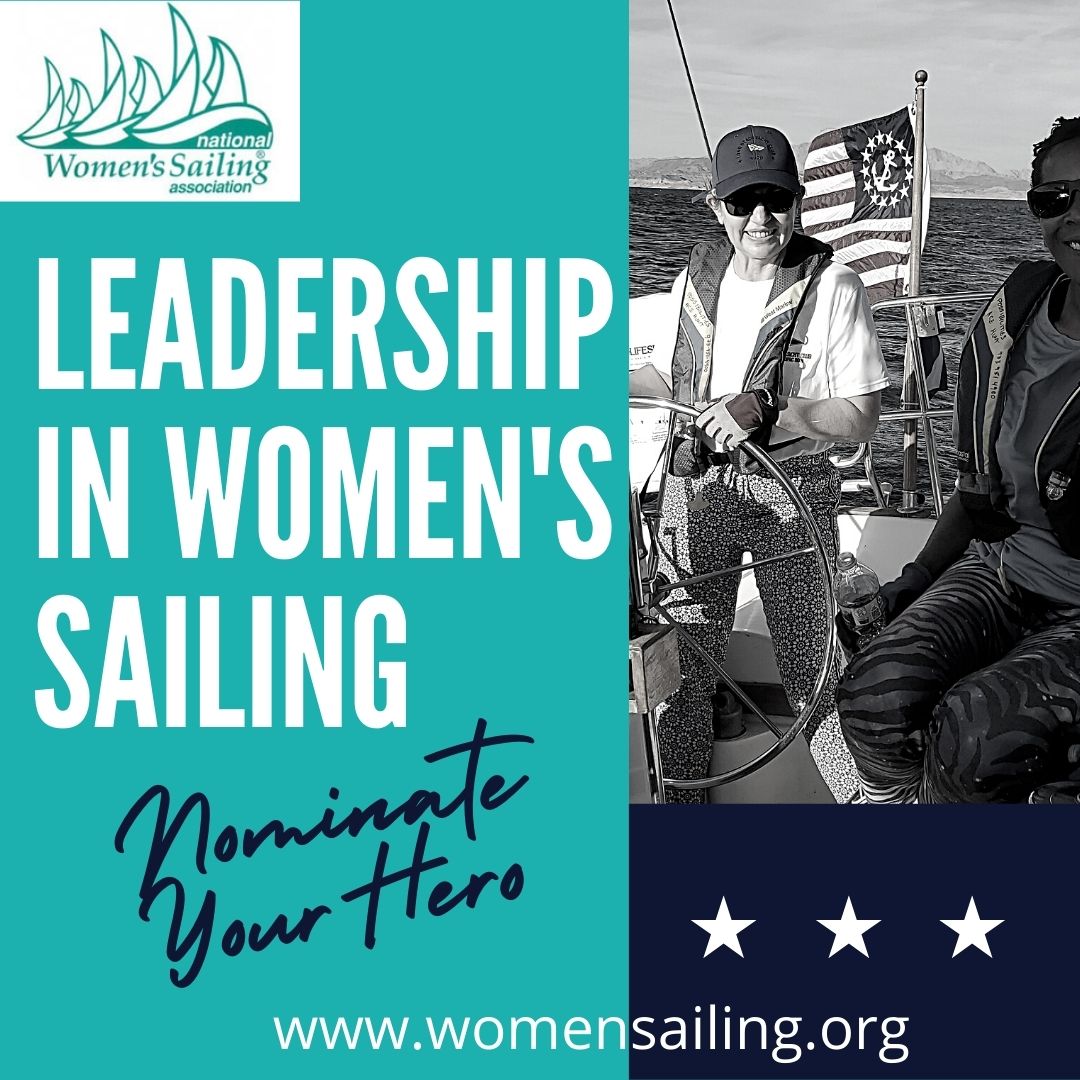 NWSA and BoatUS present the Leadership in Women’s Sailing Award.
Nominations are open now and until Feb. 1, 2023. 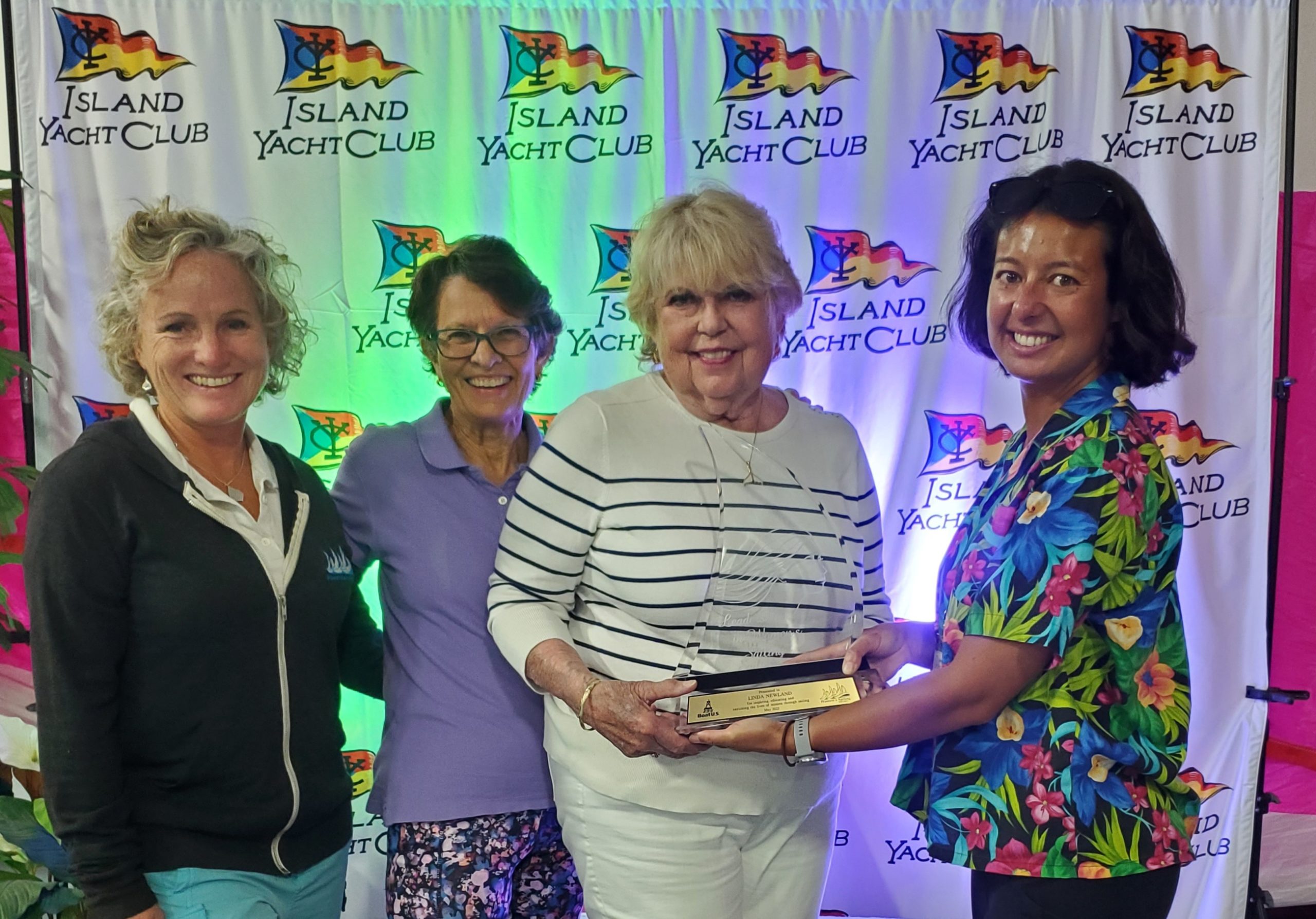 Nearly four decades ago, Linda Newland, a greenhorn sailor, found herself alone on a sailboat with a sorry lack of nautical know-how. She became determined not to have the humbling event define her sailing. Now with thousands of Pacific Ocean sailing miles under her keel and extensive cruising in the Pacific Northwest, Newland made that lonely day on the water a turning point on her a journey to competency, racing, record-setting and leadership among women sailors.

Along with a newly formed crew of women sailor friends, Newland began to organize events to hone and share her newfound skills with other women sailors. In doing so, she laid the foundation for Northern California’s Island Yacht Club (IYC) Women’s Sailing Seminar, now in its 30th year, a testament to its popularity and demand. Today, Newland is honored with the 2022 Boat Owners Association of The United States (BoatUS) / National Women’s Sailing Association (NWSA) Leadership in Women’s Sailing Award.

The BoatUS/NWSA Award annually recognizes an individual with a record of achievement in inspiring, educating and enriching the lives of women through sailing. Newland’s nomination through IYC sought to honor her for “decades of achievement and serving as a shining star for thousands of women,” said IYC Commodore Ros de Vries. “[Newland’s] experience and her contributions to the sport of sailing are indeed exemplary, and indeed her own. The pathways she has created continue to inspire and empower women who sail,” he added.

Newland holds the fastest woman, singlehanded San Francisco-to-Japan record and has sailed and raced extensively on the West Coast. She is a two-time, 2,025-mile Los Angeles-to-Honolulu Transpac competitor as well as a Pacific Cup veteran. In the 1997 Transpac aboard her own boat, Newland skippered an all-women crew to a second-place division finish.

A 100-ton merchant marine license holder, Newland teaches sailing and is a certified American Sailing Association instructor. She has served as secretary for Recreational Boaters of Washington, which represents recreational boaters’ interests in Washington legislative and regulatory actions, and is a past commander and now assistant squadron education officer of the Point Wilson Sail and Power Squadron in Port Townsend, Washington. She is a long-standing board member of NWSA, having served as vice president, president and co-chair of the AdventureSail committee.

Newland will receive the award at the IYC Northern California Women’s Sailing Seminar in October, after completing a long-delayed Alaskan cruise with her husband, Dan, and family pets Nubs the cat and Tutu the bird.

The Leadership in Women’ s Sailing Award, presented by NWSA and BoatU.S.®, the nation’s largest organization of recreational boaters, began in 1990. The award is given annually to honor an individual who has a record of achievement in inspiring, educating and enriching the lives of women through sailing.

Visit the Leadership Archives for photos and presentation articles on all our recipients.