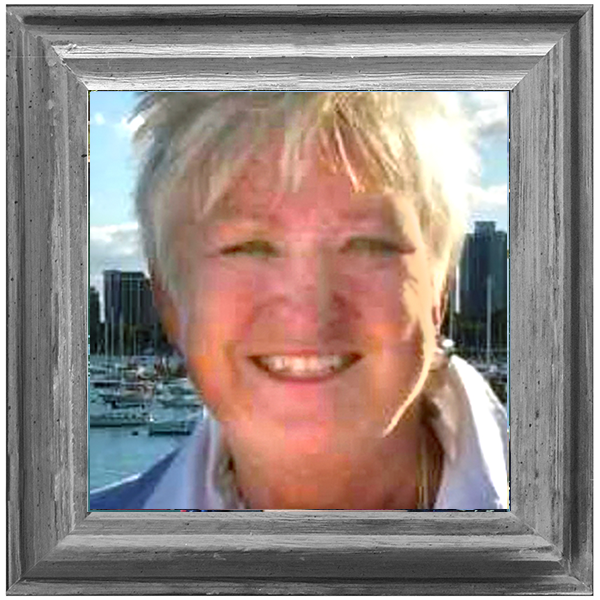 CAPT MICHELE BARTLOW is a late-comer to sailing. Beginning at the age of 50 she was immediately “hooked” on her first sailing lesson experience. Working with Past-Commodore Karen Harris, they brought the junior sailing program back to JPYC. An ASA Instructor and  Licensed USCG Captain, Bartlow’s main goal is to ensure her sailors are knowledgeable and safe on the water. Sailing is a lifelong journey, a sailor never stops learning. 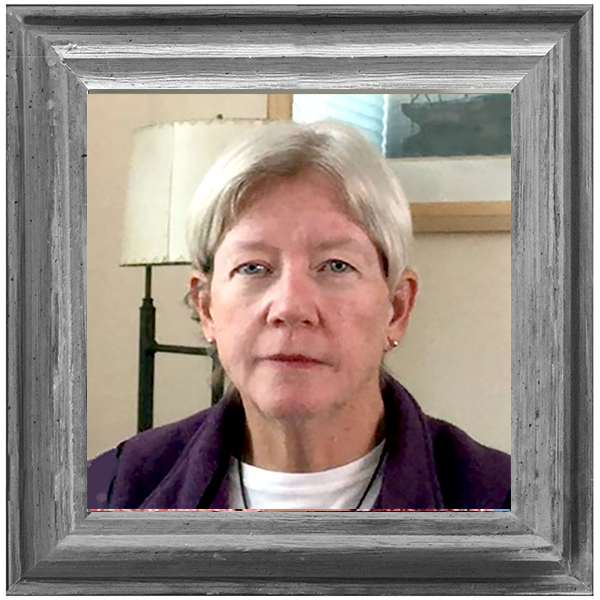 BETH BURLINGAME fell in love with sailing at age 12 at a YMCA camp. Raced small boats before finding her comfort with the cruising lifestyle. Holds ABYC certifications in electrical, diesel, and marine systems. She lives in Fairhaven, MA, sailing her 21’ sloop in Buzzards Bay, and aboard her 38’ power catamaran in the winter. Beth is a former member of the board of directors of the Women’s Sailing Foundation. 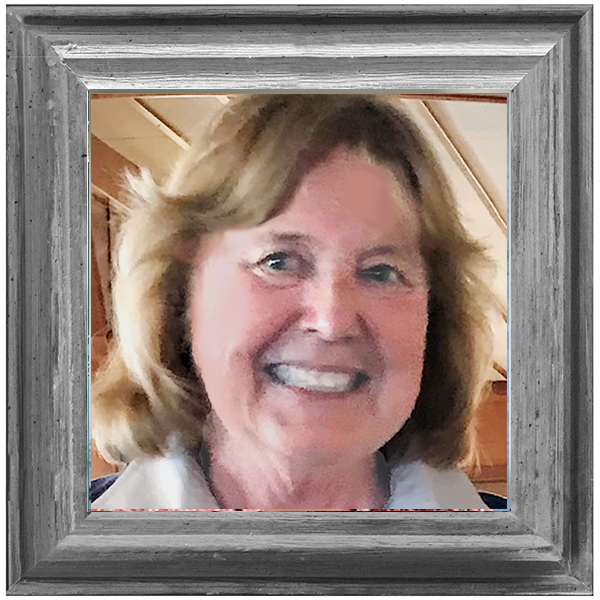 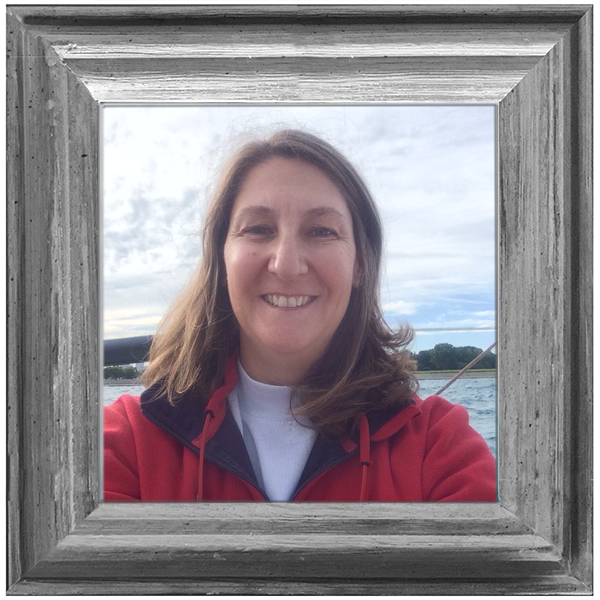 CHRIS GARBACZ began racing in 2005 after attending CCYC’s (Chicago Corinthian Yacht Club) Crew School Program. 16 years later, she has raced thousands of miles of local and long distance races including ten Chicago and seven Bayview Mac Races. In 2016, she was thrilled to race in both the Conch Republic Cup Regatta (Key West to Cuba) and the Heineken Regatta in St. Maarten. Chris was an instructor for CCYC’s six-week Crew School program from 2008-2014. This is her seventh year at the helm of the program. Garbacz and her team successfully train dozens of new crew each spring for Chicago area skippers who are looking to fill their crew ranks. 2021 marks a new adventure for the program, which went virtual this year, expanding into online offerings and a record 55 Attendees!​ 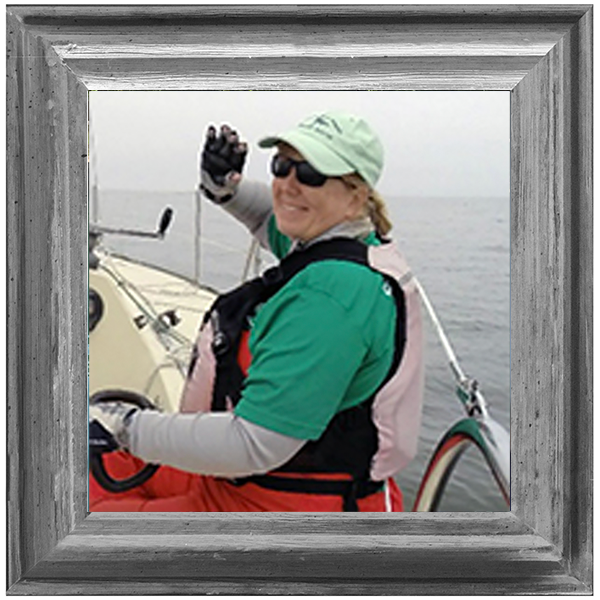 DEBBY GRIMM began sailing at Girl Scout camp and continued leisure sailing through high school. Grimm enjoys racing on the family J30 and a J22. She has competed mostly in the Gulf South region. She was New Orleans Yacht Club’s female sailor of the year in 2001 and outstanding woman sailor at Southern Yacht Club in 2012. Grimm is a US Sailing Instructor. She joined the Women’s Sailing Foundation board in 2020. 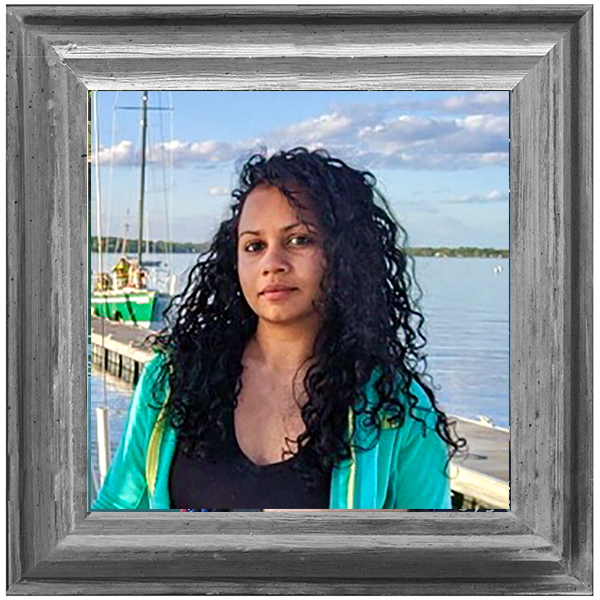 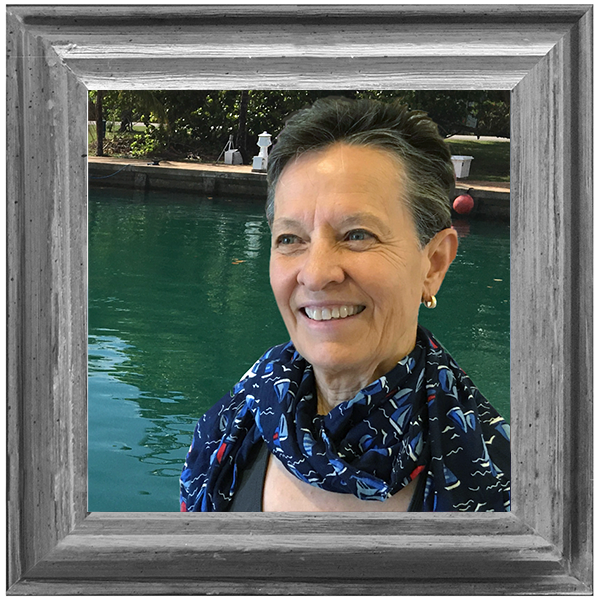 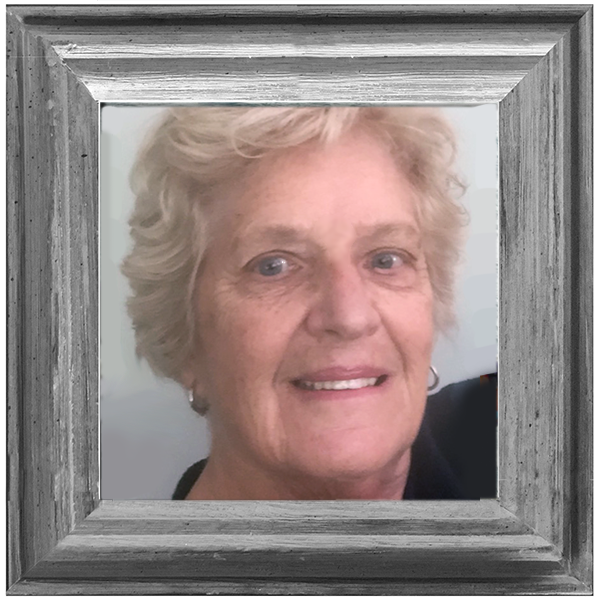 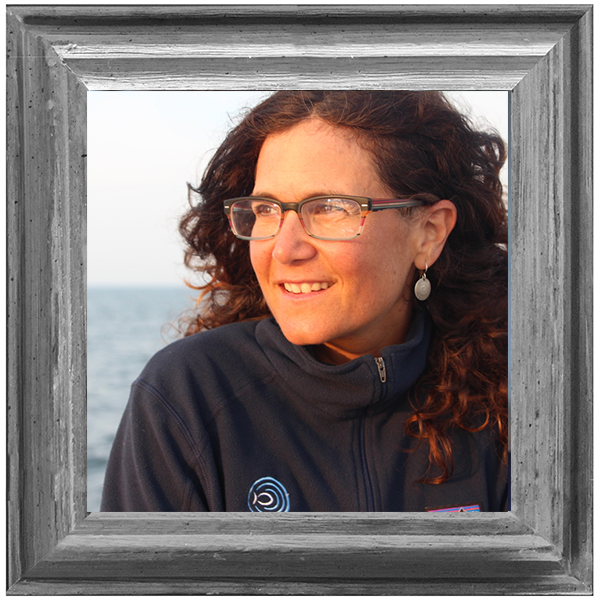 CAPT RACHAEL ZOE MILLER is a scientist, entrepreneur, inventor and National Geographic Explorer working to protect the ocean. She founded the Rozalia Project for a Clean Ocean, working on marine debris and is co-inventor of the Cora Ball, a microfiber-catching laundry ball. Rachael leads teams on expeditions whose scientific results inspire thousands of people of all ages. She’s presented worldwide including TedX and The Explorer’s Club. Rachael captains the 60’ sailing research vessel, American Promise, certified hundreds of people to be sailing instructors, trained Navy SEALS to use underwater robots, pitched to audiences at Our Ocean and Plastics Europe and mentors young scientists at the New York Harbor School.

PAIGE MYATT is the Program Manager for Sailors for the Sea Powered by Oceana. Their high-impact, results-oriented work includes certifying thousands of Clean Regattas around the world, educating youth on ocean health issues through their Kids Environmental Lesson Plans, and empowering innumerable sailors to become ocean activists through their Green Boating Initiative.

CAPT CHIAKA PETTERSON discovered sailing in 2012. Hooked and passionate, in 2013 she bought a sailboat in much need of rehab. Familiar with rehabbing real estate, Chiaka rolled up her sleeves and restored the boat to like new condition. She enrolled in every sailing course she could to hone her sailing skills. Peterson has participated in over 80 races including the 2016 Key West to Cuba regatta, Tri-States and local area races. A member of the Jackson Park Yacht Club, Pettersom paid it forward, by recruiting and mentoring an all women’s race team that improved their knowledge and skills together participating in local races from 2014–2017. Chiaka now owns a Beneteau Oceanis 31’ and crews for Unknown Lady II and Mise en Place race teams. She applied for her US Coast Guard Marine Mariner credential in 2021. 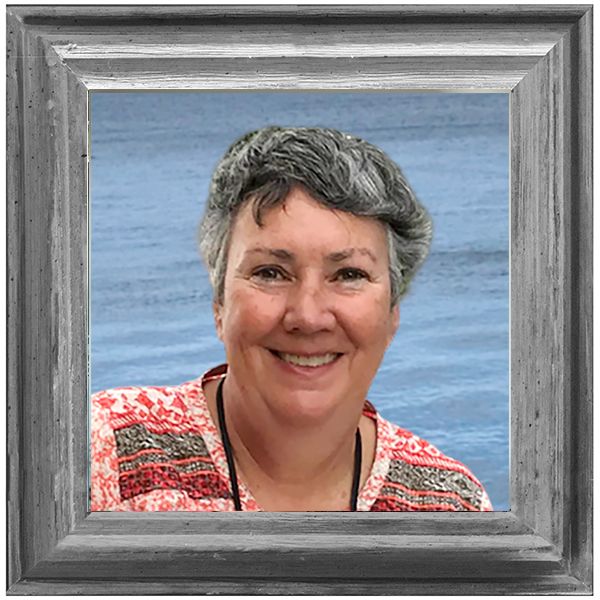 CAPT MARGARET POMMERT of Seattle, WA, is the 2020 BoatUS/National Women’s Sailing Association (NWSA) Leadership in Women’s Sailing Award recipient. Pommert has sailed in many parts of the world’s top cruising destinations including the Caribbean, South Pacific, and Greece. She is a US Sailing certified instructor, holding a 50 ton U.S. Coast Guard Master Captain’s License. Pommert teaches at numerous locations and captains several trips annually.  She developed www.seattleonthewater.com to promote programs and opportunities for women to learn sailing and boating skills. Pommert is a skipper of an all women crewed J/105 where she enjoys sharing the fun of racing fast boats and flying spinnakers. 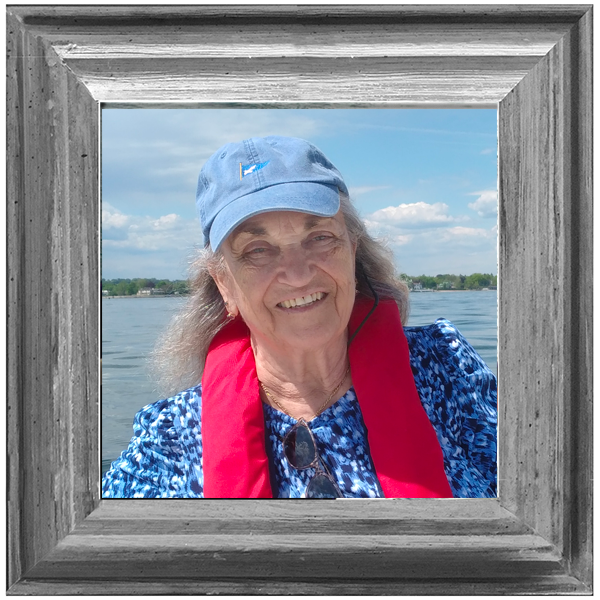 BARBARA ROBERTSON started sailing with Community Sailing on the Charles River, in Boston. She joined NY Sailing Club when she moved to NY and purchased a Catalina 22. She now spends summers on a Freedom 36, Whimbrel, out of Belfast, ME. She and her partner led the Blue Water Sailing Club Maine cruise one summer. Barbara has taught sailing for the Appalachian Mountain Club. Robertson has served as treasurer for the Women’s Sailing Foundation since 2019. 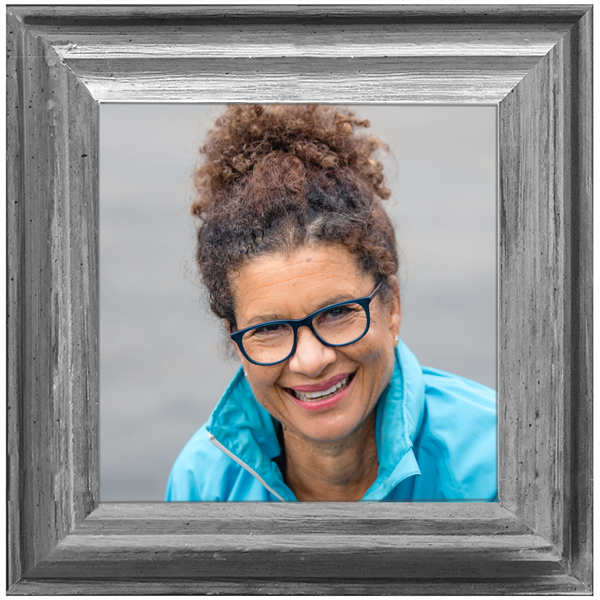 CAPT MARIE ROGERS was the second woman in 118 years, the second black person, and the first black woman to be the commodore of the historic Los Angeles Yacht Club (LAYC). Marie races avidly. She was able to race in the 50th Transpacific race where she didn’t see another black person, let alone another black female, in the fleet. Marie also races close to home on her J 29, Rush Street, and does coastal racing on Marie, a Nelson Marek 55, that she shares with Bill, her husband. Rogers loves doing deliveries, cruising and teaching sailing. Marie is the 2021 BoatUS/National Women’s Sailing Association (NWSA) Leadership in Women’s Sailing Award recipient.

CAPT ERICA TREJO is a US Coast Guard licensed boat captain. With over 15 years of experience in boating and a long racing resume, Erica can help sailors become adept crew at every position on a boat. She has instructed sailing since 2013 and was a keelboat instructor and High School sailing coach at Columbia Yacht Club in Chicago. Trejo is the owner of Full Service Boat Care offering a concierge style of boat maintenance.

CAPT SUSANNAH WINDER grew up cruising and racing locally. She discovered tall ship sailing aboard the Schooner Fame of Salem. A graduate of Maine Maritime Academy with a dual degree in Marine Science and Vessel Operations, Susannah has sailed aboard vessels such as The Arctic Schooner Bowdoin and the Schooner Adventure. She is the Education and Group Coordinator at the Essex Shipbuilding Museum and sails the Schooner Lewis H. Story. Susannah joined the Women’s Sailing Foundation board in 2018. 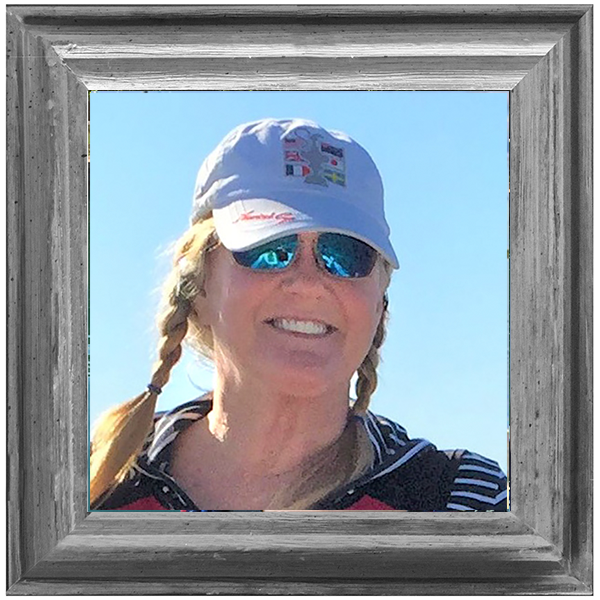 CAPT LYNDA STEPHENS has a passion for sharing sailing and is ever grateful to her family for instilling the love of sailing at a young age. A charter captain for over five years and a US Sailing Instructor, Lynda now leads an all-women’s sailing club in Chicago called The Joy of Sailing. On her 30’ Catalina, Lynda’s focus includes skills training as well as boating lifestyle fun, empowerment through strength of mind and body, and deep connection to the healing energy of sailing. She’s also currently authoring a book about the joy of sailing and how it has helped hundreds of women feel they have become the best version of themselves. 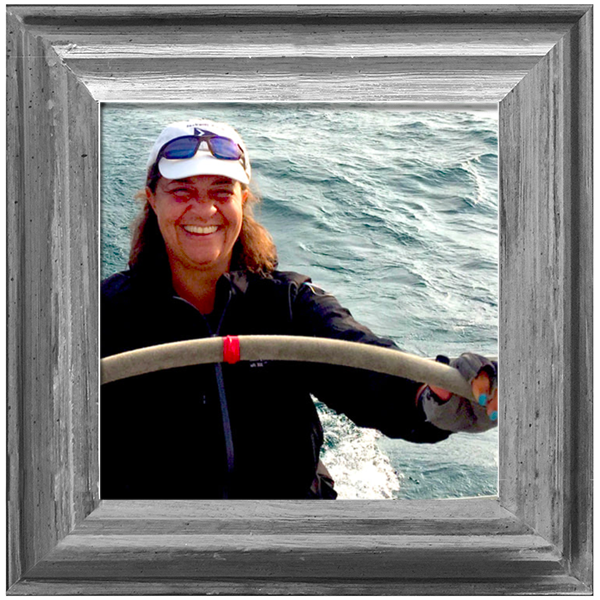 KAREN K. HARRIS Conference Co-Chair — In her professional career, Karen is the Senior Vice President and General Counsel of the Illinois Health and Hospital Association, representing over 200 hospitals and 40 health systems in Illinois. She is also the Executive Director of the Illinois Association of Healthcare Attorneys representing over 600 healthcare attorneys in Illinois. Harris a 2018 Women of Influence honoree by the Chicago Business Journal, and one of the Most Influential Minority Lawyers in Chicago in 2017 by Crain’s Business Journal, she received her B.A. from Princeton University (‘87) and her J.D. from Harvard Law School (’94).

She raced on Princeton’s Sailing Team and currently races aboard Mise En Place  — a 38 foot Beneteau Oceanis — which is an African American owned boat with a predominately African American (7 of 9) and heavily female (4 of 9) crew.

She is the only African American woman to be on the podium for the Chicago to Mackinac Island Race in its 113 years.  She’s sailed around the coast of Venezuela, as well as organized 21 sailors to race with her in the Key West to Cuba Regatta (winning 1st place on the Key West to Cuba leg).

A strong advocate for diversity in sailing, among other things, she’s been interviewed by Sailing Anarchy, featured on Channel 11 WTTW and Channel 5, and presented at US Sailing’s National Sailing Program Symposium and US Sailing Diversity Town Hall.

CAPT CHIAKA PATTERSON Conference Co-Chair — a native Chicagoan, Chiaka began sailing nine years ago in 2012 and quickly developed a passion for the sport. In 2013, she bought a 26’ Hunter sailboat, and took interest in elevating women in the sport. She recruited and developed an all-women’s race team of novice sailors who raced together over four years. Three of the five women are now skippers of their own sailing vessels. Chiaka is now the owner of a Beneteau Oceanis 300.

Over eight years, she has competed in over 150 local, off-shore and international races as crew and as captain of her own race team. All located in Lake Michigan, the races include the Tri-State Regattas, Beer Cans, and many local area distance races. Internationally, she has competed as crew aboard the 44’ Sea Dame in the 2016 Conch Republic Cup Regatta — Key West to Cuba. Chiaka currently races aboard Mise En Place — a 38 foot Beneteau Oceans — with a predominantly African American and female crew. She completed her US Coast Guard Marine Mariners exam and recently applied for her 2021 Captain’s License credential.

Professionally and for the past twenty-five-year, Chiaka has been a real estate developer for private and municipal organizations. She’s provided design and construction leadership to City Colleges of Chicago, Chicago Park District, and most recently served as the Executive Director of Design and Construction for the School of the Art Institute of Chicago. Chiaka is the founder and owner of Davis Russell Real Estate and Management, a twenty-year-old firm that acquires, restores, and manages multi-family properties in Chicago. Applying her real estate rehab experience to boat renovation has been an easy transition.